Please Bruce, do not go down the path of the Seagal or the VanDamme. I guess it happens to all the greats, just look at Pacino. Even some of his films go direct to DVD. As for Bruce, this is his second in a series of three direct to DVD films (Catch .44, The Set-Up, and Fire with Fire) and while he is not the main star, it is still a crime to waste his talent here.

Catch .44 was released for one week in the United States by Anchor Bay to promote the DVD release. However, they should have saved their money because this is a waste of time. Poor production value, poor acting, and poor use of Bruce Willis. He has his moments like he did in “The Set-Up” but overall the movie belongs in the toilet. It’s another one of those “Everyone Wants to be Tarantino” films filled with scenes of the characters telling stories, jokes, anecdotes, etc. only not with the panache that Tarantino has. At least with Tarantino there is homage to all cinema. This is just someone trying to be cool and failing on so many levels. The cutting back and forth between the past and present is ridiculous because the story is shit.

The dialogue shows the writer’s lack of creativity because as much as I love the word “Fuck,” the word is used as a tool to say “hey, I’m an indie film” when in fact this is just a crappy movie. I think Bruce must have lost a bet because these three Direct to DVD movies are connected to rapper 50 Cent who acts and/or produces all of these. I remember Bruce getting out of a major lawsuit with Disney after walking away from a production called “The Broadway Brawler” that cost them an assload so in turn he had to act in three films for (industry) way less ($6 million instead of $20 million). Those films however made the studio a nifty chunk of change; “The Kid,” “Armageddon,” and “The Sixth Sense.”

Oh well, I give the movie a chance because of Bruce and I know not everything he does turns to gold but I wish he would be more careful of the projects he picks instead of playing eni mini miny mo with his stack of scripts. It could be for the money but I figured by now Bruce could be picky with his choices.

A fun drinking game idea would be to do a shot every time Forest Whitaker’s Tony Montana accent goes in and out. He is so lame in this you forget he was good in “The Crying Game” and “Ghost Dog.”

In a nutshell, avoid this pile of turd.

It has been a long while since anything presented on screen has actually been worthy of being presented on screen, at least in the visual and cerebral sense. “Drive” is a phenomenal achievement and in my opinion, a masterpiece from it’s amazing cinematography, which is epic and intimate at the same time, to the characters who don’t need to say much to convey how they feel with themselves and with those that surround them.

The music guides us, as well as plummets the viewer into Los Angeles in a way only two previous films have before, Friedkin’s “To Live and Die in L.A.” and Michael Mann’s “Heat.” I do not want to give anything away because the film must be experienced in a cinema, even nicer if you are able to find a cinema with a large scope screen. This is the art of cinema at its finest especially at a time when the world of cinema is crumbling around us with the death of film, the death of the movie theatre, and the death of cinema altogether. It has been a long time since a film has made me see a glimmer of hope that some filmmakers, producers, and distributors still give a damn about what they create.

There has been some better acting performances lately but they are still trapped in lackluster movies like “Moneyball” and “The Descendents.” Writing seems to be dead for now as the dedication lies in digital popcorn fare, LIEMAX, and 3D. I mean, do we really need to re-release “Titanic” or “Star Wars” in converted 3D? Enough with the 3D gimmick because that’s all it is, a gimmick. “Avatar” is “Dances with Wolves” meets “Ferngully” meets “The Smurfs” but tack on 3D and hype to it and you now have a masterpiece, such a joke. I will admit James Cameron and George Lucas can create amazing worlds but they lack a whole lot in their writing abilities especially when it comes to dialogue.

“Drive” makes up for what has been missing in modern cinema. The direction, the cast, the writing, the novel, the entire crew for that matter has created perfection. “Drive” is such a special film that I want to go back and see it again.


One of the best film noir tales ever made. The cast and Fritz Lang's direction are top notch. Barbara Stanwyck is super sexy and super sultry as the femme fatale. Loved every minute of this one.


Chuck Norris movies are typically bad but entertaining like the Missing in Action series or Invasion USA but somewhere between the high and the buy, Norris took a wrong turn. All of that Walker, Texas Ranger money must have went to his head because this barely watchable turd is beyond bad. Way beyond bad. Its as if someone was trying to show you how to not make a badass action film.

You would think this would be a winner when Norris has a hard ass name like Sgt. Shatter instead it's like the production took a big shat right in my mouth. I was in the mood for a ridiculous good time, some martial arts and one liners instead I got this.

Christopher Neame is the villain and he's absurd. Not for one second can you take him seriously even though he's so evil he actually rips a man's heart out, a Jewish guy by the way named Schindler. HA! And sometimes he's Satan and sometimes he's working for Satan, oh and he died thousands of years ago and finally came back to do who cares at this point.

Shatter's partner is a picture perfect stereotype named Calvin Jackson who should have just been called Blackie Blackerson (way to go society, moving ahead finally). His dialogue must have be written by the same kid who keeps stealing his wallet throughout the movie. He's also obsessed with playing "bad cop" and watching the Chicago Bulls. He looks like Nile Rogers with his hairstyle that was probably hip only when Nile Rogers was hip. Oh yeah, and he's always hungry, like a Mogwai.

The script isn't fun, the direction is horrible especially when his Norris' brother Aaron is trying too hard to be arty. Trust me, there are no "Happy Mistakes" in this gem.

I can't wait for the sequel.

So through in a trip to the "Holy Land" and you have a barely released Cannon classic. I bet this was part of the eenie miney moe stack of scripts that included Firewalker, Top Dog, and Sidekicks.


This is the first action film ever made. Die Hard is not your typical popcorn thriller that gets released in the summer. Let's face it, this is the film that started a whole new genre. After the success of this film, future releases were pitched with the film's title included.

Willis owns John McClane from the first frame and Alan Rickman defined how a villain should be portrayed. Rickman is brilliant and elegant with his Hans Gruber especially when it comes to the plan that he and his co-horts devise. He creates a character so original and sharp its almost an insult that Die Hard with a Vengeance was made.

John McTiernan (sans a few stinkers) knows how to bring an action movie to film status and where to steer the thrills and chills. An exceptional cast with real emotion, not cardboard cookie cut outs later portrayed in other films, not to mention the far less superior sequels to Die Hard.


One does not go into this film with any expectations after seeing the ridiculous trailer not to mention the pre-release bad word of mouth or the fact that the production nearly cost the director his life. The stress of finishing this production not to mention battling an NC-17 put this guy in the hospital after a severe heart attack. The editing and re-shoots were completed by an uncredited George P. Cosmatos (director of Tombstone and Rambo: First Blood Part II).

Watch for lame key scenes like Bruce Willis and Scott Bakula racing mountain bikes, Ruben Blades stereotypical L.A. Hispanic Cop, Willis' Capa opening the mailbox only to have a rattlesnake fly out at him, and a batch of crazies that are so over the top you'll think you're watching a comedy the likes of The Naked Gun.

Plus you'll be able to see the ending coming 10,000 miles away and hold on for a hilarious car chase sequence that is probably intended to be intense and thrilling.


Underrated but this is the best directed Tarantino film to date. Pam Grier and Robert Forster have incredible chemistry and it's an odd mix but the film is a feel good crime drama. Terrific supporting cast, a film that gets better and better with each viewing. Awesome soundtrack and nice cinematography. The perfect collection of Tarantino touches.

Joseph Grey
Posted: 7 years, 7 months ago at Jul 31 5:03
Thanks for sharing the Tim Curry pic. The guy can do anything.

Joseph Grey
Posted: 7 years, 7 months ago at Jul 30 2:46
Thanks for voting on my new lists, and for all the picture votes as well. Tim Curry really does make any production better. If he had played the joker in the 80's or 90's, it probably would have been the best rendition of the character.

Joseph Grey
Posted: 7 years, 7 months ago at Jul 28 1:27
Thanks for picture voting. I found another good one you might want to see: 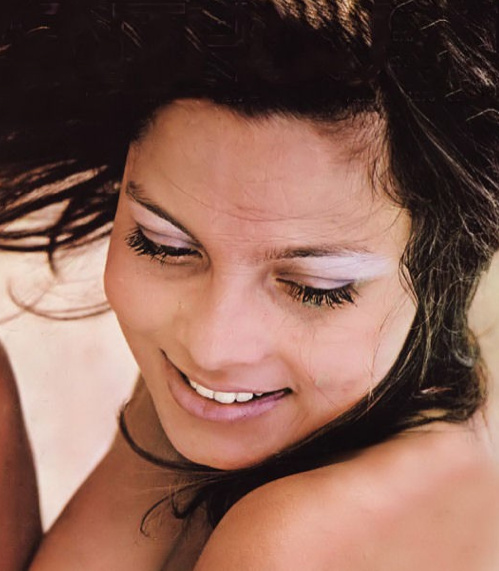 Joseph Grey
Posted: 7 years, 7 months ago at Jul 27 2:44
I have the 'original' 1920's version. I know that there is another one out there, but I felt as though I needed to see the original one first.

Joseph Grey
Posted: 7 years, 7 months ago at Jul 26 6:21
I recently watched Shallow Grave on DVD and thoroughly enjoyed it. I'm also slated to watch Nosferatu tomorrow. It'll be the first time I'm going to see it.

Also, I'll try and check out Dark Knight Rises before I miss the chance. Honestly, I'm not a big Anne Hathaway fan, but that's not a good justification for missing out on the movie.

Joseph Grey
Posted: 7 years, 7 months ago at Jul 24 23:19
Oh, forgot to mention: No, I didn't watch Dark Knight Rises yet. I was in the minority, I believe, when I was not really into Dark Knight when I watched it. I will watch the new one though, with an open mind.

Joseph Grey
Posted: 7 years, 7 months ago at Jul 24 23:13
You notice how a lot of movie clips and music videos are disappearing from youtube? It won't be long before all those cool little snippets from movies, and all your favorite music videos will no longer be free to watch. It pisses me off.